As tors go, Brent Tor is easily bagged with a short stroll from the car park below, but I chose a circular walk from Lydford to make a half day of it.


As it turned out, it was a walk that involved a bit too much road walking than I normally like, but the church on the rocky outcrop that was in view for most of the first half held the attention.

Starting off from the car park, it would have been remiss of me not to visit the castle.

Then down the road, along the West Devon Way, you cross over Lydford Gorge. If you have time, and spare cash, it is well worth paying for the full experience, the entrance being nearby.


I went on, along the road to where the bridleway went off to the base of Gibbet Hill, on the moor. It's easy walking from here, and you get a first glimpse of Brent Tor.


Eventually, I took a path that veered off the moor to a road. Following a sunken lane by the side of the road, I then met a byway that crossed the old disused railway and steadily climbed up to South Brentor. Looking back, there were great views of the moor. 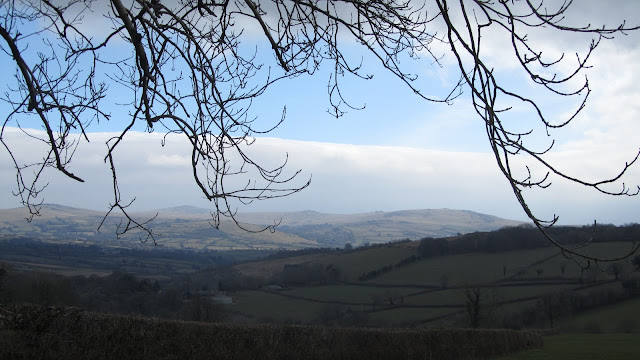 Through the hamlet, I met a permissive path that would take me up to the top of Brent Tor. 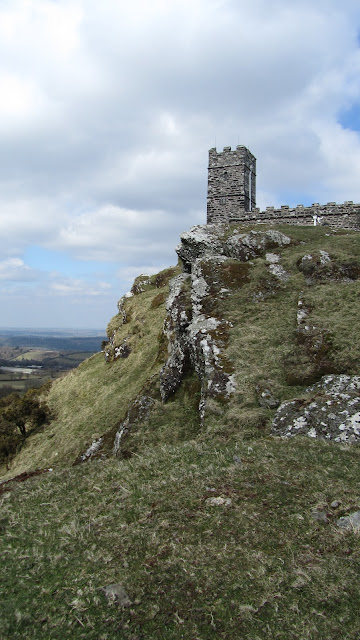 A simple slog up a steep grassy bank, I reached the Church of St. Michel de Rupe and struggled to have lunch in a biting wind. Cold, but the views were worth it.

After lunch, it was time to choose a route back. There wasn't much choice, and most of the return journey was going to be on the narrow roads, with little to get enthused about.

I timed my visit to the tor perfectly, as when I reached the road, a coach load of tourists poured out of the car park to ascend.

When I left the first road behind, on a bridleway through a couple of farms, the scenery was better, with new born lamb in the fields a highlight. 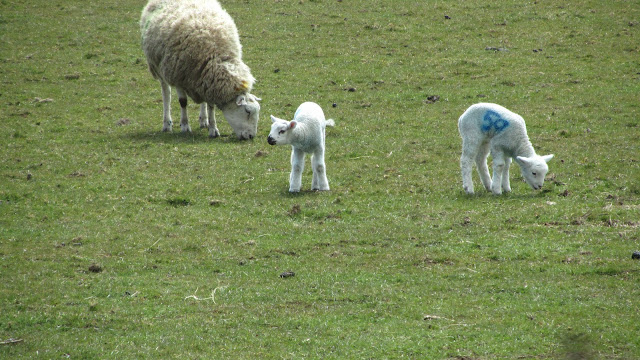 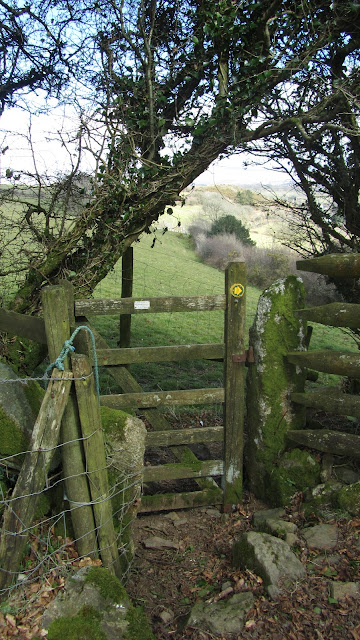 I was soon at the road near Lydford Gorge that I had to retrace back to the car park. In retrospect, it might be an idea to pay the money and take the gorge route back. Ho hum..
at March 29, 2013