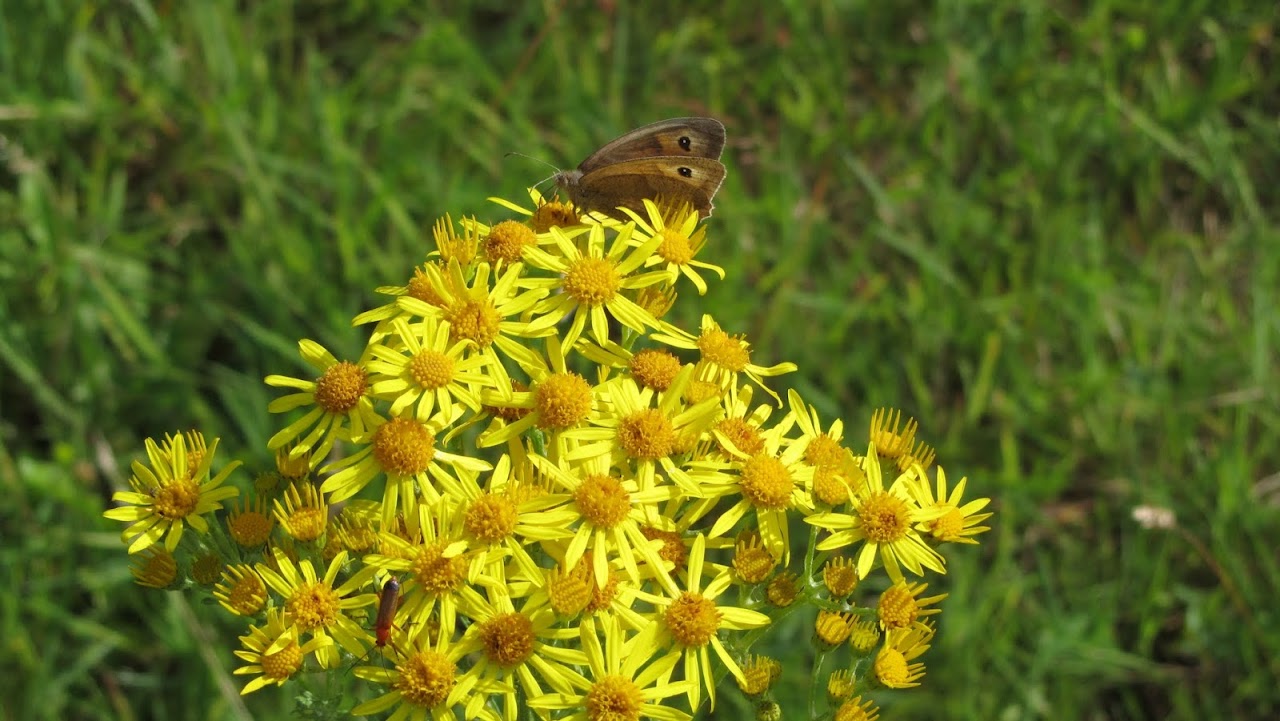 Well, I finally summoned up the enthusiasm to complete the final leg of the Chiltern Way! My main concern was going to be whether the achievement would be ruined by having to push out of my “16 mile comfort zone” and complete the 23 remaining.

No such problems! My new Meindl Respond Mid XCR boots performed brilliantly, and I’m convinced they’ll be the footwear of choice for September 2013.

The travel logistics of the day were helped by my mate Diane. We dropped her car at Boxmoor Railway Station, in Hemel Hempstead, and then, along with her mate, Henny, I drove us all up to Lilley. We were off and walking by 9am, which exceeded my expectations.

The first half of this leg, photographs were thin on the ground. Actually, they were non-existent! The threatening weather kept the camera tucked safely away in a dry bag.

A “highlight” missed would undoubtedly be the runway at Luton Airport… not!

Two hours into the walk, the cat and mouse game between the rain and whether to don our waterproofs came to a head, and the deluge arrived! For the first time on this eleven leg journey, it pissed down proper style!

Thankfully it was short lived, but the trail had been watered enough to make it slippery and damp through the overgrown foliage.

We stopped just outside Harpenden, for lunch, on a rotting tree trunk. The rain threatened again, but it was little to worry out, and we were once again removing our waterproof jackets in the heat.

The section through Harpenden was brief; a succession of hidden alleys shielded us from gazing on suburbia. We passed along the edge of the local golf course, and onward to the increasing noise of the Motorway. 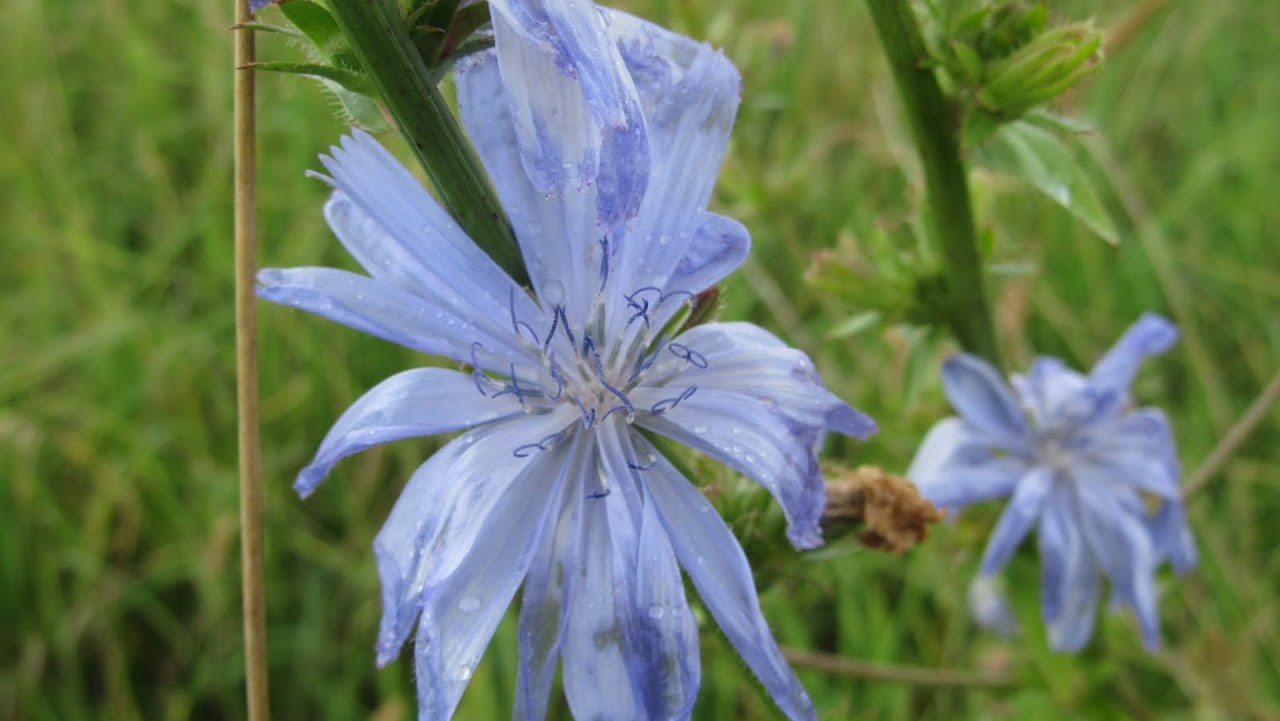 We reached the M1, and it’s myriad of exit and entry lanes, with double roundabouts, made it awkward for us pedestrians. This point will rank as the worst of the entire trail, closely followed by the previous crossing of this motorway on section ten.

Fortunately, within half an hour, we had reached the village of Flamstead, and serenity had been restored. This village is close to my ancestral heart. Within the walls of the church, dating back as far as 1817, there have been numerous baptisms, marriages and funerals of many relatives. They had worked much of the land surrounding this village; humble illiterate farm labourers and straw plaiters, supplying Luton with straw for the manufacturing of their famous hats. In the 19th century, it was big business!

We followed the trail through to the church, then diverted to the Spotted Cow pub for a half of bitter and a loo break. 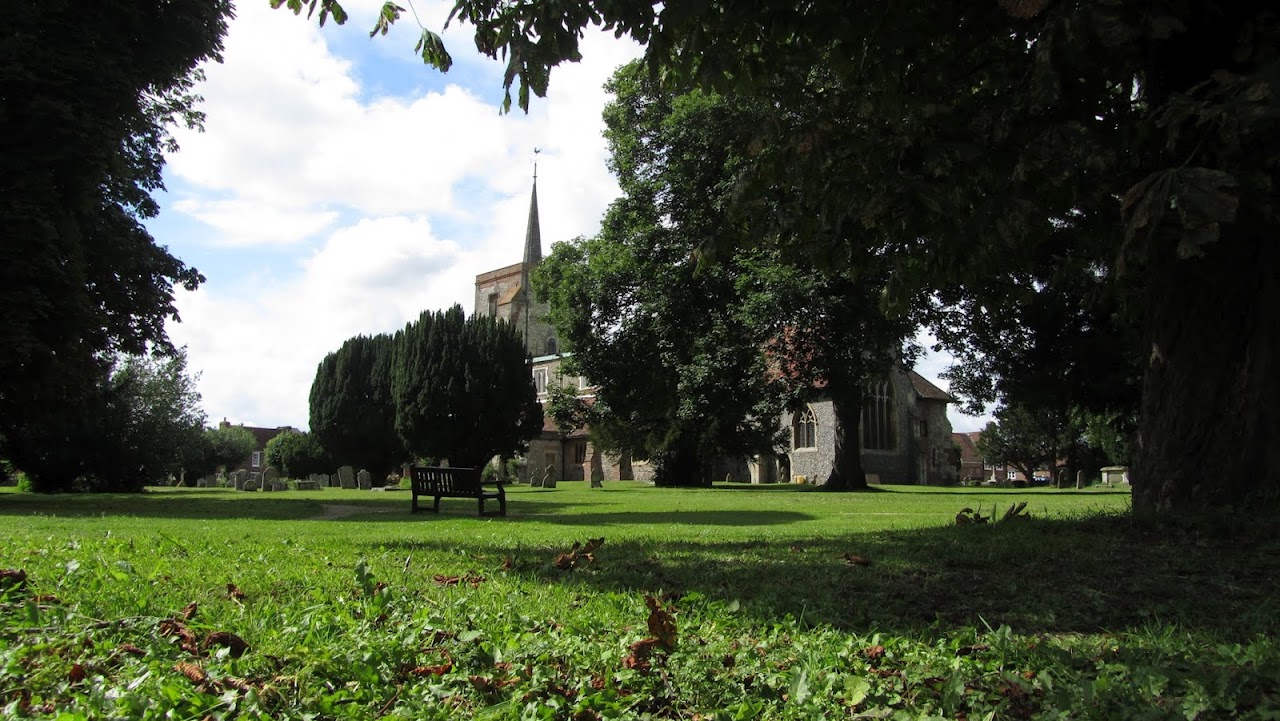 Half hour later, we cracked on, through meadows and wheat fields, and I couldn’t stop thinking about my ancestors treading the same paths and lanes over two hundred years ago.

We reached the valley of the River Gade, where Great Gaddesden, another village with family tree connections, this time back as far as 1740, could be seen from the hills above. 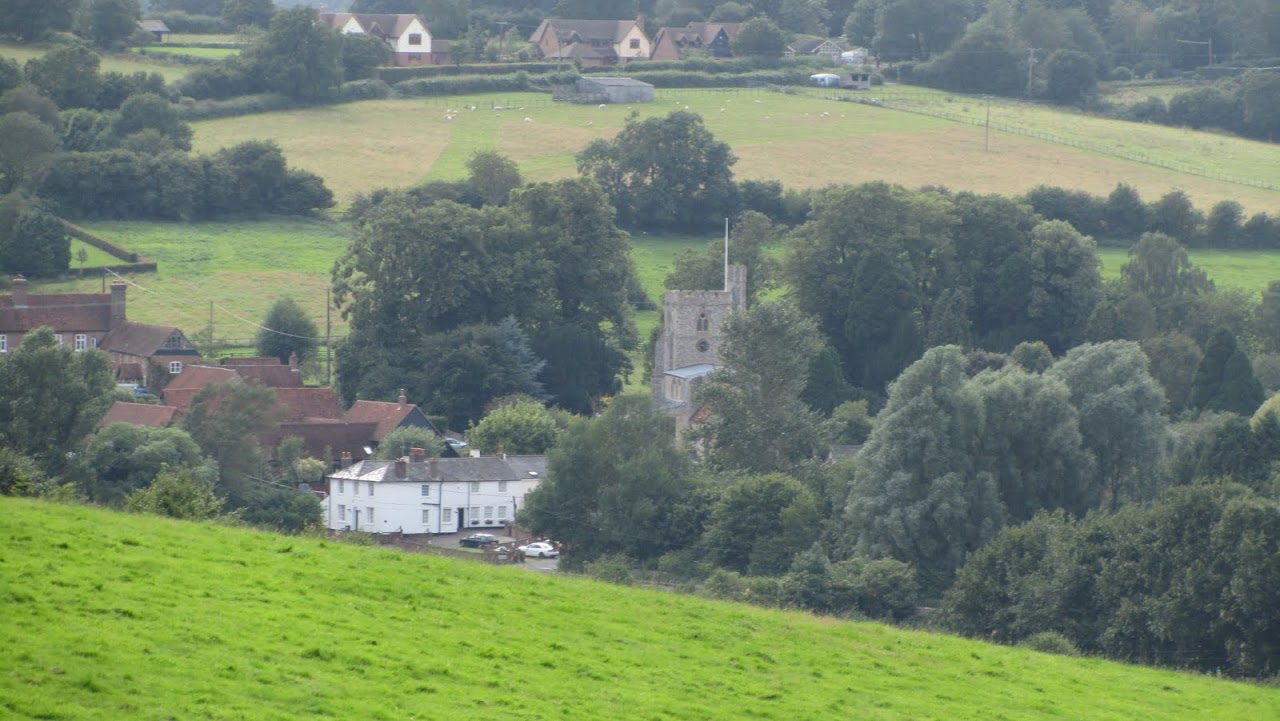 Strategically placed to hold a wonderful view of the countryside, we passed Gaddesden Place, on our descent to the river at Water End. 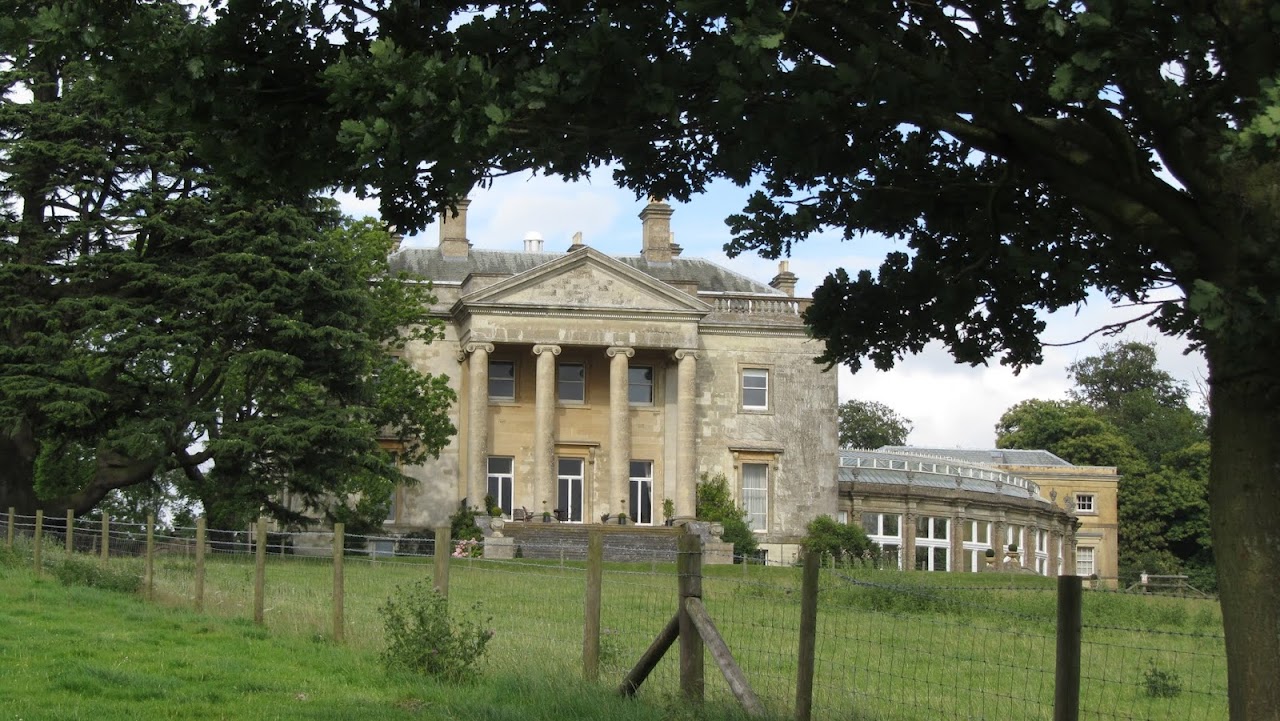 Once over the river, with its watercress beds, we were left with just two more hills to climb; up to Rumblers Farm, and then to Boxted Farm. Here, the trail levelled out, before dropping down towards the end. 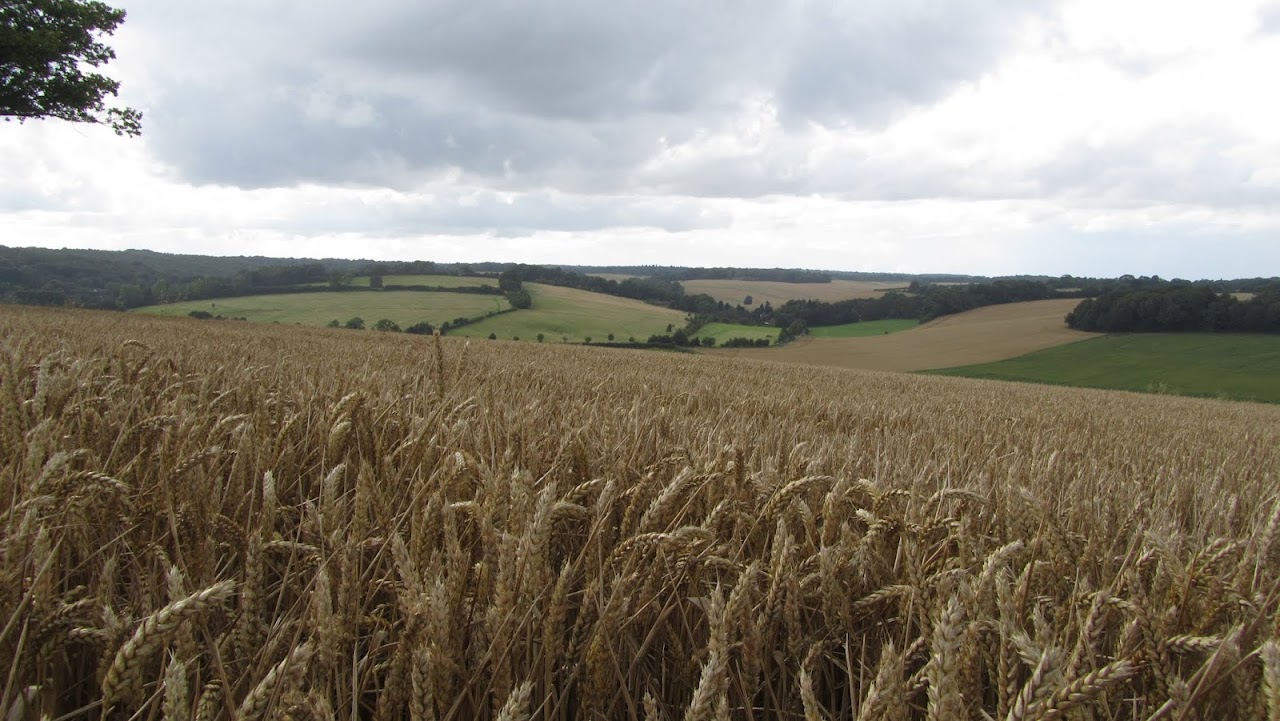 By about 6pm, we had reached the outskirts of Hemel Hempstead. Rather than a trawl through surban streets, the trail passed through pockets of woodland and tree lined tracks. Eventually, we came out into a housing estate, with a large area of grassland, where kids played in the early evening sunshine. The whole scene struck a chord with me, and jogged my mind back to my childhood days in Welwyn Garden City decades ago; fond memories of a summers day in the late sixties / early seventies.

A short trek along a busy road, before we entered a quiet lane that led under the railway viaduct, and crossed over the Grand Union Canal. We then turned left through a field with a couple of very inquisitive horses on the hunt for a treat.

Then we stepped through the gates and onto the pavement of the busy A4251 and that was it! The long circular had been completed; I had finally finished the Chiltern Way. It was still a further five minutes to the car, but the path was done and dusted.

Summing up; I began, with best intentions of finishing it in eleven weeks, on the 7th January 2012. I managed the eleven sections, but it took me all of thirty weeks! I walked 261km, with an total ascent of 5911m, and it took me over 67 hours.

Before a celebratory curry, though, there was still the small matter of retrieving my car from Lilley!
at August 04, 2012