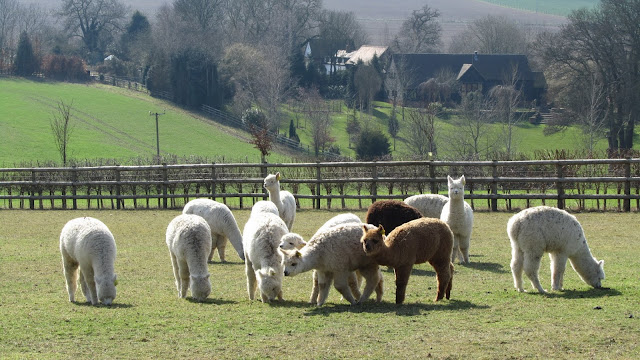 Technically, Sunday’s leg was a circular but it doeasn’t feel like it; it just so happens that the section starts on Russell’s Water Common, then heads out west to Ewelme, before turning back to Russell’s Water. 18km of the Chiltern Way, and not much faffing with getting back to the car on other trails.
It’s good to not have to rush this morning. The days are definitely longer now so none of this getting up at sparrow’s to end the day in the light!

Today, Diane joined me; we left the car on the common about 10:45am, a slight nip in the air, but as the sun broke through, we were in for a scorcher! The weather here in the UK is seriously messed up; I mean, hose pipe bans in March?  Whatever next?

We retraced my steps for a kilometre, before we were off into new territory. Through Park Corner, and along a long long lane running below a set of buildings that are a Young Offender Institution.
All along the trail we saw the early signs that spring was almost upon us; bluebell plants were beginning to fill the woodland floor, and in a month or so, the scene would be a carpet of colour; The sight of an English woodland in spring is hard to match!

Near Nuffield, we crossed paths with my old friend, The Ridgeway National Trail, and a little further, we stopped to watch some alpaca’s grazing and also to lose a layer.

As we strolled along in the sunshine, to our left we were treated to views of the Ridgeway running west into Wiltshire; happy memories of my walk last September.

This part of the Chiltern Way felt different to the previous legs; you realise you are on the very edge of the Chilterns, as the rolling hills descend to the Thames, and you get a vista of the Oxfordshire countryside and the imposing Didcot Power Station! An eyesore, yes, but at the same time, I’ve grown quite fond of it over the years. 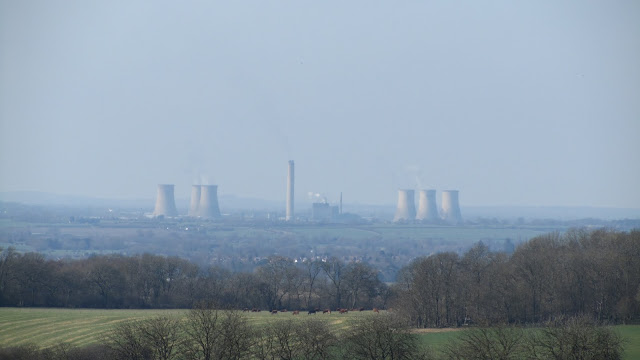 Such was the view to our left, I neglected to keep an eye on the map and we missed the turning to our right! After 300m, I sensed the error, and we turned back. I wasn’t too annoyed not to have seen the signpost, as it is situated in a position so that you can only see it if you have missed the turning in the first place!

On through yet another field that looks set to grow sweet corn. Diane wants me to remember the locations so she can sneak back later in the year!

Soon, we were at the lovely village of Ewelme, and the most westerly point of the Way; I feel a target has been reached, almost as if I am no longer walking away from the finish at Hemel Hempstead, and am now heading home. In reality, there is still at least another six sections to go, so I’m not even half way! 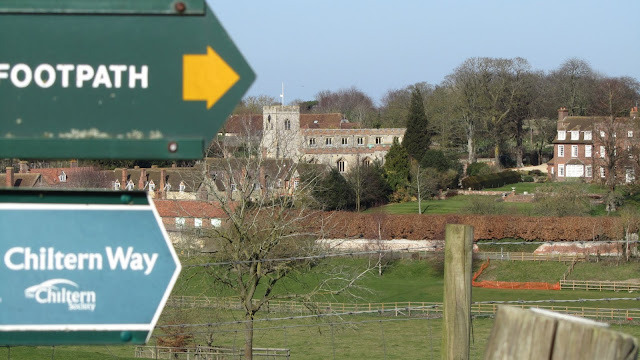 High on the hill, above Cows Common, lay a very large field of healthy looking pigs. They would obviously prefer the day to be a little cooler; to be honest, and as the sun dipped lower, into our faces, so would I! 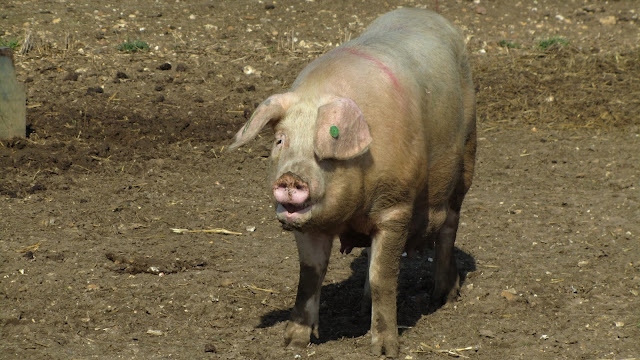 We left the pig farm and descended to the base of Sliding Hill where the next climb awaited. 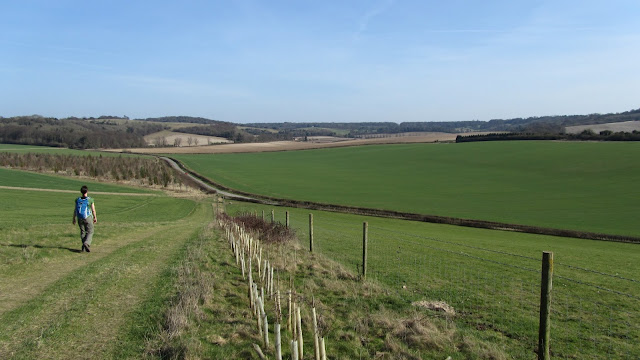 What you need with a decent bit of ascent is the incentive of a great view, and when you get to the ancient earthworks on Swyncombe Downs, you certainly get a reward!

To the north, you see across the plain as far as the next significant hills on the horizon at Brill, nearly 23km as the crow flies. Snaking it’s way north-east, the familiar Chiltern Ridgeway heads to it’s destination. On a good day, you could see Coombe Hill; such a pity I couldn’t get a decent photo really! The way shares a part of the Ridgeway to Swyncombe, then heads off through the church yard of St. Botolph’s, an 11th century chapel I have passed quite a few times on my rambles. 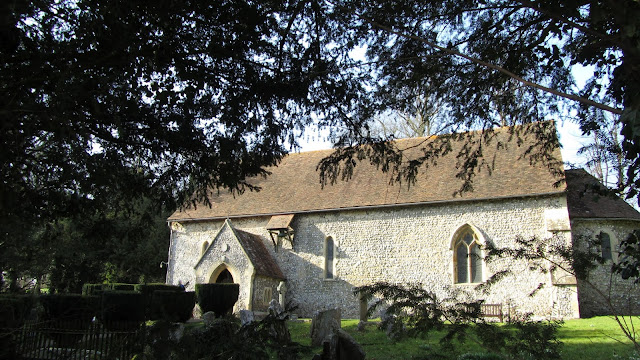 More up, a hill overlooking Swyncombe House, before a stiff climb through some woodland, to the village of Cookley Green; it feels like all the ascent is in the latter half, and that is to be expected seeing as you get close to walking off the chalk hills, before returning to them.

A small matter of some more down bits before another up, and we were safely back in Russell’s Water. Mind you, where we parked the car, there was still nigh on another couple of kilometres to reach the other end of the common.

All in all, a good day. For now, I say “adieu” to the Chiltern Way for six weeks, but I will be back in the spring when the trail will take on a whole new character!
Email Post
Labels: chilterns the chiltern way